At EG Home, we always knew there was no place we’d rather build our new homes than charming Connecticut. Outsiders might know this state for its dramatic scenery and quaint towns, but we know that the secret to Connecticut’s magic is not just its outer beauty, but its inner uniqueness. In particular, it’s the interesting people and quirky history that make this one-of-a-kind place so undeniably special.

There’s no place quite like Connecticut. From its role as one of the original 13 colonies to becoming the leading manufacturer of guns and other arms into the 20th century, the Constitution State has been making history since the 1600s. Here are just a few Fun Facts about Connecticut:

The helicopter was invented and first flown in Connecticut. Russian-born aircraft designer Igor Sikorsky immigrated to the United States in 1919 and continued his aviation work while lecturing at the University of Bridgeport. In 1931, Sikorsky submitted a patent application for a direct lift aircraft. The patent was granted in 1935. On September 14, 1939, the world’s first practical helicopter, the VS-300, took off in Stratford, CT. Flown and designed by Sikorsky, the helicopter was the first to incorporate a single main rotor and tail rotor design. Bonus Fact: The VS-300 was presented to Henry Ford in 1943, and remains on display at the Henry Ford Museum in Dearborn, Michigan.

Connecticut is the birthplace of the hamburger in America. Believe it or not, per The Library of Congress, the classic hamburger sandwich was invented by Louis Lassen around 1900. His original hamburger, consisting of grilled ground steak formed into a paddy and sandwiched between two slices of toast, is still served at his family’s restaurant Louis’ Lunch in New Haven. Bonus Fact: Louis’ Lunch is one of the oldest family-run businesses in the country.

Mark Twain lived here. Though indelibly associated with Hannibal, Missouri, Samuel Clemens (aka Mark Twain) moved to Hartford in 1871. While visiting his publisher in 1867, he fell in love with the area and eventually moved his family to Nook Farm, a literary community at the edge of Hartford. The three-story Victorian mansion where he resided from 1874 to 1891 is where he wrote his three most successful books, The Adventures of Tom Sawyer, The Adventures of Huckleberry Finn, and A Connecticut Yankee in King Arthur’s Court. Bonus Fact: Samuel Clemens was born on the same day that Halley’s Comet appeared in 1835. He died within hours of its appearance in 1910.

The state insect is the praying mantis. Despite being native to Northern Africa, Southern Europe, and areas of Asia, the European mantis became the official state insect in 1977. The mantis can be found throughout the state from early May/June until the cold weather sets in. Ravenous eaters of aphids, flies, grasshoppers, small caterpillars and moths, the carnivorous mantis is a beneficial insect. They are a symbol of the importance of nature to human and biological survival. Bonus Fact: The praying mantis is the only insect that can turn its head side to side 180 degrees.

Frisbees were invented in Connecticut. In 1871, William Frisbie opened the Frisbie Pie Company in Bridgeport, CT. For years to come, local students would throw the empty pie tins to each other, yelling “Frisbie!” Decades later, Walter Frederick Morrison and his business partner invented a plastic version of the disc that flew more accurately than tin pie plates. In 1955, Morrison sold his latest version of the “flying saucer” to the toy company Wham-O. In 1958, Wham-O changed the disc’s name to Frisbee, misspelling the name of the historic pie company. Bonus Fact: The plastic disc was originally called the “Pluto Platter” in an attempt to cash in on the space and UFO craze. No doubt about it, this densely populated state has a rich, varied, and occasionally weird history. What do you expect from the place that produced Benedict Arnold and Nathan Hale, PT Barnum and JP Morgan, Dr. Spock and Doc Brown (Christopher Lloyd)?

And there’s no place better for EG Home!

EG Home is building a variety of gorgeous homes that are sure to fit your lifestyle and budget in New Haven and New London Counties. From townhomes and carriage homes to luxury estate homes, we have plans priced from the upper $400s to the $900s.

No matter what you’re looking for, there’s definitely a home that will meet your needs in one of our communities. Currently, there are a few Quick Move-In homes for sale in Beacon Falls, Stonington, and Southbury.

It’s no wonder that so many people choose to relocate to this area of New England. Located amidst the East Coast megalopolis, bordering Massachusetts to the north, Rhode Island to the east, Long Island Sound to the south and New York to the west, Connecticut is the crossroads between New England and the Mid-Atlantic states.

EG Home provides home buyers with a variety of choices in homes and communities in New Haven, and New London Counties. Our communities offer residents privacy, desirable amenities, and more. All of our communities are located near schools, shopping, restaurants, and local employers, and have easy access to local highways and area attractions.

When you’re ready to make your move to a single-family home, carriage home or townhome in Connecticut, or if you have questions, connect with our Sales Team. 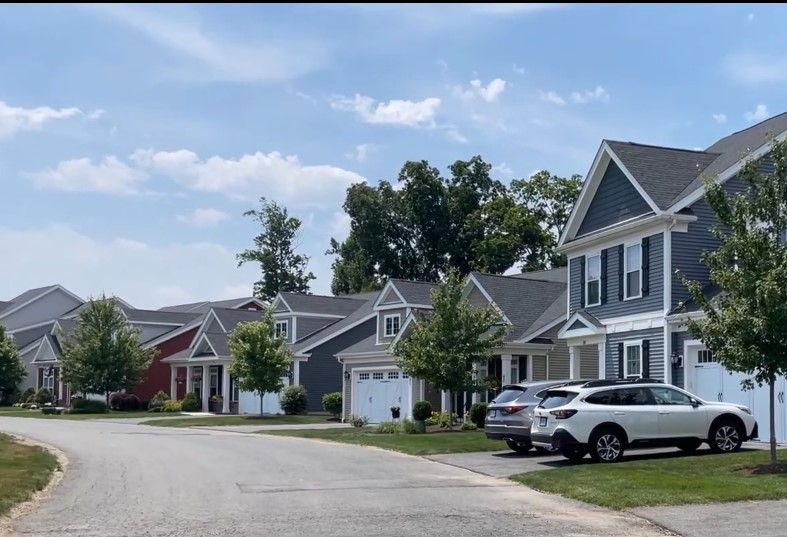 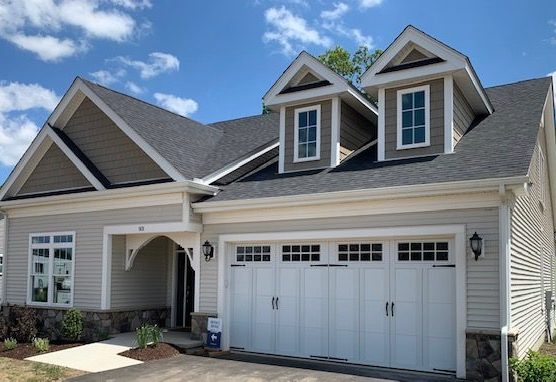 Be among the first to know when new homes are available and keep up with new opportunities. Join our VIP List to ensure you get the latest updates.